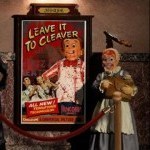 By littlegreenghouls, August 29, 2019 in Other Haunt Destinations