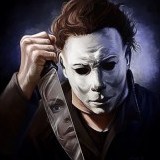 HHN Fan Preview, What do you think about it ?