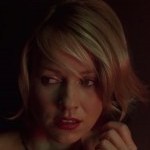 A New York Nightmare I - The Animator