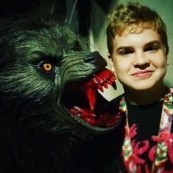 My first experience at HHN...