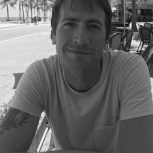 Sherlock Holmes and the Curse of Cthulhu

By James G. Boswell, May 30 in Creative Work