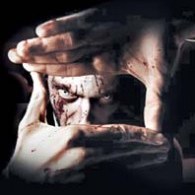 Mods, move this post as you see fit. Was at Universal today and saw that the projection tower for All Night is now up. Still no work on the screen adjacent from this. (See HHN Construction Thread)

Big props to the girl playing Carrie for being a serious method actor.